Thank you to Viviana MacKade for her lovely blog post featuring The Viking Mist! Readers, be sure to click on the Rafflecopter link for a chance to win a $20. Amazon Gift Card!

My latest release has a Valkyrie as lead so, yeah. I love this story.

When a fairy kills a fairy, they forfeit immortality.

Never over three centuries, since the Last Fairy King was assassinated, has a noble fay been murdered in Fairy…until now.

The mysterious murder leads to an astounding discovery. Mab, Queen of Fairy, accuses Talfryn’s parents of stealing an elixir that restores immortality. She holds his fay father hostage, forcing the Halfling to enter the Viking realm to retrieve the potion.

Talfryn has five days to navigate the world of lethal Cold Iron, locate the human mother he has never known, and recover the elixir that could mask the murderer — a quest he cannot survive without aid from Fenella. Will the Thaness of Thorburn honor their alliance, knowing the…

When a fairy kills a fairy, they forfeit immortality.

Never over three centuries, since the Last Fairy King was assassinated, has a noble fay been murdered in Fairy…until now.

The Viking Mist, where secrets and shape-shifters abound, friendships fray, fates interweave, time bends, and no one is safe.

Catch up now on The Two Realms series

What if Merlin and the Lady of the Lake were powerful, headstrong youths who each loved someone beyond their reach? Even on the magical isle of Avalon, choices have consequences. The Amber Elixir. A Lady of the Lake tale of the Two Realms.

Catch up now on The Two Realms

Book One The Beltane Escape

Giving Thanks in the Time of Covid-19

I won’t be flying to see my family and friends in northern California this Thanksgiving. Like so many others, I will heed the state and CDC guidelines and remain home. The absence of an in-person meeting saddens me, but if anything, it makes me appreciate my loved ones all the more.

Year-round, my grateful mindset helps me through difficult times. Next week, my Ophelia Project mentor team and I will be sharing Brian Doyle’s wonderful Ted Talk with our 8th-grade mentees. For those of you missing loved ones this holiday, perhaps Doyle’s story will lift your spirits.

Wishing you all a day of gratitude and good health.

What is a dog-loving, allergic-to-cats, author to do when she wants to include a very special cat character in one of her books? Why, hire a Cat Consultant, of course! Or in this case, two cat consultants, Kenzi and Carlos. (Kenzi appears more comfortable with the position, don’t you think?)

Kenzi is one of my beloved Beta Readers. Carlos is…well, feline.

I will keep you posted on how the consult goes. I’ve already discovered that cats communicate a lot with their ears. News to me!

My dogs, Miss Gracie and Avalon, are withholding comment at this time. Though they have remarked positively in the past about the presence of dogs in The Two Realms Trilogy and The Teen Witch Saga.

Also available in paperback and on Kindle Unlimited.

In the Amber Elixir, an Arthurian tale of magic, fairies, shape-shifters, and the quest to win back a forbidden love, readers will meet the Lady of the Lake and Merlin as they have never seen them before, young, impulsive, competitive, and jealous.

Also available on Kindle Unlimited and in paperback.

The Amber Elixir is a stand alone Two Realms Novella, but it contains spoilers. Suggested order would be to read THE BELTANE ESCAPE, Book 1: The Two Realms, first. Available on Kindle Unlimited, Kindle, and paperback.

On May Eve, Druids lit the Bel fires (bright fires, balefires) for luck and protection. Witches jumped the flames to fortify the protection spells. Cattle were driven between the balefires to safeguard the herd. Couples spent the night in the woods “A-Maying.” Married couples cavorted as well. They were allowed to remove their wedding rings, and for the night were free of the restrictions of marriage.

I imagine your May Day – Beltane – is a little less exciting this year. I know mine is! So, to help you transport back to medieval Scotland and Fairy, and plunge you into a kidnapping and budding love triangle (PG rated), I have placed The Beltane Escape on a Kindle Countdown. 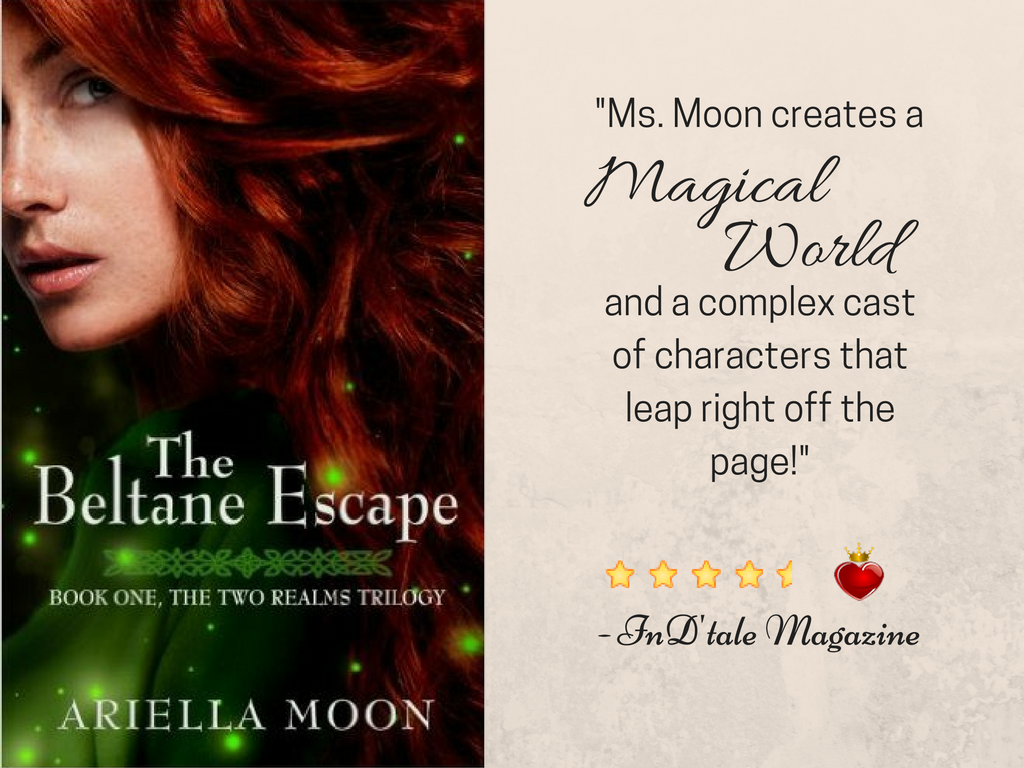 I am pleased to announce that my short story, “Covert Hearts,” featured in the anthology SECOND CHANCES, A Romance Writers of America Collection, has won the 2018 Aspen Gold Readers’ Choice Award!

https://www.amazon.com/dp/B073ZL166FI adore this Young Adult, second chance at love story. Writing it was such a pleasure! It has been an honor to have it included in an anthology with so many New York Times and USA Today best-selling authors. (The stories in SECOND CHANCES range from sweet to very sexy, heavy on the latter!)

“Covert Hearts” is a sweet romance that will have you uttering, “Ahhh.”

Are you ready for some holiday binge reading?

Fans of Young Adult paranormal romance can, for a limited time, read for free all four books in the TEEN WYTCHE SAGA with Kindle Unlimited or purchase each book for $2.99.

Think magic will solve your problems?

Bring you love? Cure you? Protect you? Help you find someone who is lost?

In The Teen Wytche Saga, a shape-shifting spell book upends the life of each girl who possesses it. Passed among a group of disparate teens, the rebellious book morphs into a new system of magic as it aligns or opposes the girl entrusted to safeguard it. The girls soon discover…

It hisses, chirps, stinks up the room, backfires, and explodes! Magic forces you to make tough decisions. Shatter limitations. Discover your true self.

And you thought navigating high school was tough.

In 2019, SPELL FOR SOPHIA will be also be available in paperback. Follow Ariella Moon on social media for news on upcoming releases, Including The Viking Mist, Book 2, The Two Realms Trilogy.

A Note About Ads

The ads that frequently appear on this site were not chosen or approved by me. Rather, they were generated by WordPress’s advertising. My apologies for the unpleasantness.